“The Bacton Altarcloth” was recently determined to likely be made from a dress that belonged to Queen Elizabeth I, c. 1600.

It’s on display at Hampton Palace, with The Rainbow Portait of the Virgin Queen. 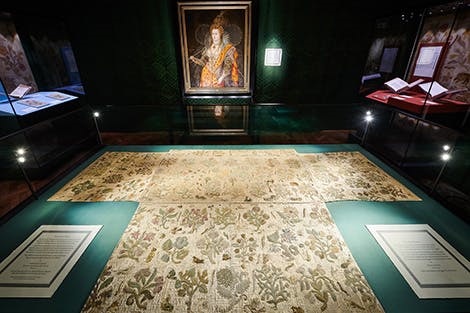 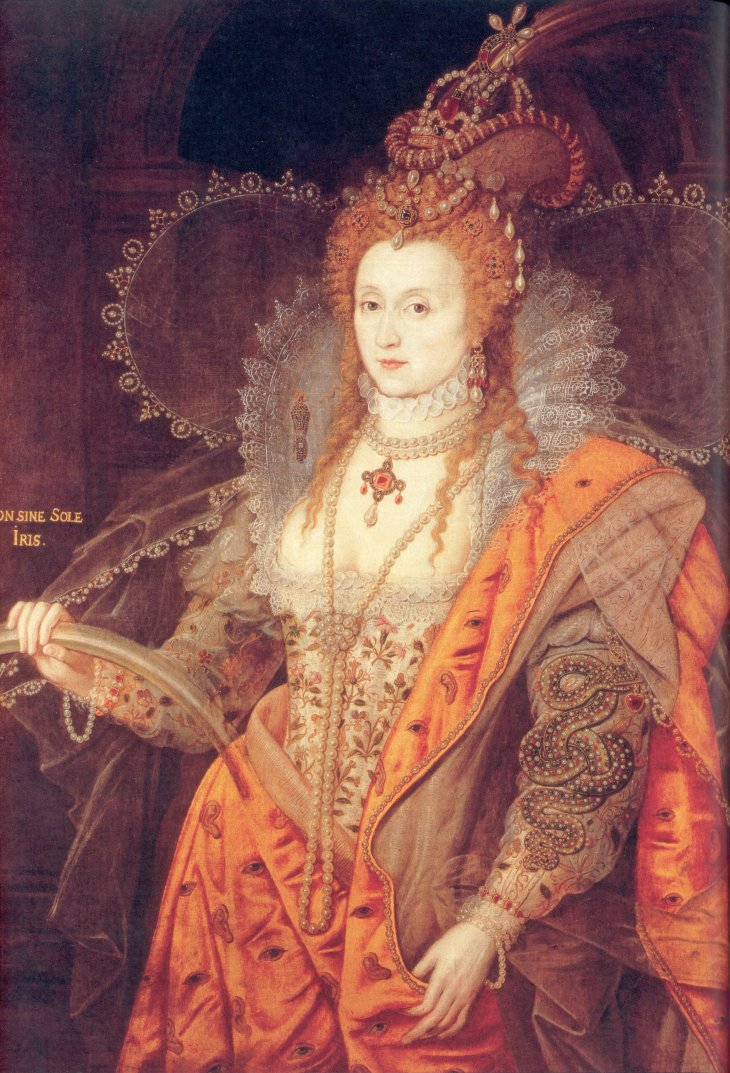 Inscribed non sine sole iris (no rainbow without the sun) it’s questionable whether the eyes and ears on her saffron yellow cloak actually existed beyond symbolizing her as all-seeing and knowing. The bodice embroidery, however, compares to that of the Bacton cloth. 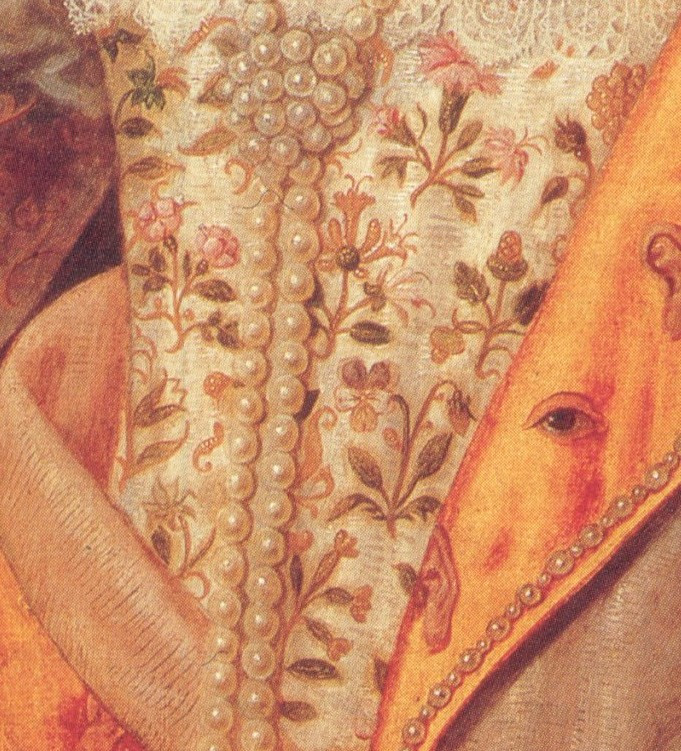 The silver woven into the heavy silk base is also visible in the painting, with even more striking similarity to the Bacton cloth. Tudor law was, only the very highest levels of nobility and royalty could wear dress containing gold and silver.

The altarcloth embroidery is more varied, with insects and small animals scattered among flowers and foliage.

Apparently some pigments were found to be from far-off places, like cochineal from Mexico and and indigo from India.

I think the lighter blues could be woad, like the thread above that I dyed. Yellows could come from any number of native flowers, this one is tansy.  The pink is cochineal, and the green is yarrow, also locally abundant.

In this 1592 portrait, Elizabeth’s skirt shows bolder and more fantastical embroidery,  with sea creatures and botanicals.